Finding happiness - Tips for feeling the fear and doing it anyway 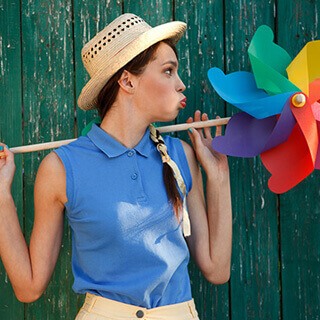 Like so many other women who are busy leading their lives when the shock of breast cancer hits them, Ingrid, who is a teacher, had many reasons for forcing herself to stay positive. “I very much wanted to continue working throughout my treatment, because I enjoyed my job and the support of the other staff. I was due to act as an examiner at the German A-level oral exams at my school just four days after my diagnosis. I knew that my performance would affect my candidates’ performance.” Her daughter was just starting her own A-levels and Ingrid decided it was best that she didn’t know about her mother’s diagnosis until her exams were out of the way. Obviously a person with plenty of ‘get up and go’, Ingrid was also determined not to let breast cancer get in the way of her plans to attend a course for French teachers in France that summer, despite the fact that she would be having chemotherapy at the time.

While it’s true that ‘acting as if’ you feel a certain way can eventually help you to really feel that way, it’s understandable that Ingrid felt daunted by the prospect of simply hiding behind a happy mask every day. “I felt I had to find ways to make myself feel genuinely happy inside despite my worries, constant insomnia and the side effects of my first chemo, which were very nasty – I had painful mouth ulcers that made eating solids and even smiling impossible, although luckily my hair stayed on until the second chemo.”

Without even knowing it, Ingrid was taking a leaf out of several of the best-known self-help books. “The most useful thing I decided to do was to write a ‘diary of positive thoughts’. Every night, before going to bed, I wrote down a list of positive moments that I had experienced that day. Even if it had been a largely fraught, painful and frustrating day, I forced myself to concentrate on even the smallest positive aspect – for example a beautiful flower or an interestingly shaped cloud I had seen, a child’s laughter I had heard, a piece of uplifting Mozart I had listened to, a relaxing hot bath. I absolutely forbade myself to put anything negative down on paper. At the top of each diary entry in red pen I wrote a quotation by the Italian poet, Cesare Pavese, that I had found on a meditation card: ‘We do not remember days... we remember moments’.”

Another technique that helped was self-hypnosis and relaxation: “I had learnt self-hypnosis 20 years earlier during another crisis and now I rediscovered its usefulness. My excellent hospital, The Royal Marsden in Sutton, also provided me with a relaxation tape which taught me colour visualisation. Together with the self-hypnosis this technique was very useful. I did the exercises several times a day, especially when I felt tired, and they revitalised me every time. I really recommend this to everyone.”

Remaining positive and trying not to let her daughter and pupils know about her condition until at least their exams were out of the way started to prove difficult for Ingrid once her hair began to fall out after her second chemo session. “It came out over the course of the weekend, leaving just a few wisps showing under a hat! Luckily it was very hot and sunny, so I was able to wear a sun hat. My daughter was so engrossed in her studies she did not comment on the fact that I wore the hat all day long! She had nine more days of exams left and I was ready to move out of the house under some pretext so that I could continue to hide my condition from her, when I suddenly had what turned out to be quite a good idea.
I obtained the headmistress’s permission to turn my misfortune into an entertaining charity event. The plan was to ask colleagues to sponsor me for wearing interesting headgear for nine days. The money would go to a children’s hospice which had just been built in our area. This activity was a great success.” Hats started to pile up on Ingrid’s desk and she found herself starting to enjoy a bit of dressing up: “Having been a rather timid dresser before, I now experimented with flamboyant turbans, hats and large earrings to everyone’s amusement. The pupils asked me to wear a particularly silly hat shaped like a frog, which I even wore in the classroom when parents were shown around the school.” The initiative raised a total of £1,000.

It is now over seven years since Ingrid’s diagnosis and she is still thinking positively. “Looking back to this life-changing experience I have to agree, once again, with Susan Jeffers and quite a number of Amoena Life contributors that having breast cancer has been ‘wonderfully enriching’ and has taught me to live life to the full after so many years of living as a pessimist.

“As the threat of recurrence has receded in my mind I have let things slip and no longer make time for the diary. As a result I don’t feel quite so elated as I did during my cancer year when even opening the curtains in the mornings and seeing the sky, whether blue or grey, gave me a feeling of intense joy as I told myself ‘I have lived to see another day.’ However, I swim every morning before school, which forces me to breathe deeply and empty my mind as the relaxation techniques did, and I have not yet got back to my bad old habits of constant negative thinking. I must not allow this to happen, as life is too short and precious and every moment counts.”

Ingrid’s recent recall for further tests involved an ultrasound and needle aspiration of a suspect lymph node in the armpit on her non-operated side. To her great relief, the results confirmed that it was not a recurrence of cancer. “I was very surprised to learn that the lymph gland had filled up with silicone which had leaked from my reconstructed breast and travelled over to the other side. Apparently it is totally harmless. I was not aware that this was possible – you live and learn.” Living and learning are certainly two things to which Ingrid – thanks to her survival strategy – is committed! 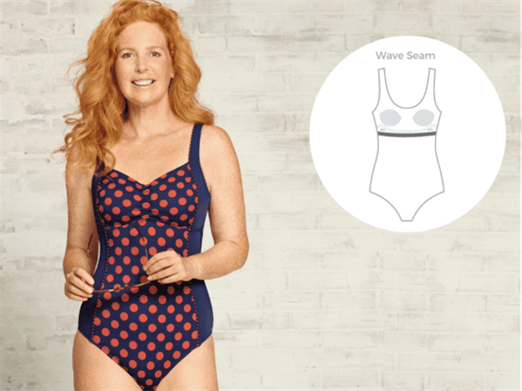